#KaraniwangLGBT: Photos from the fringes of the rainbow 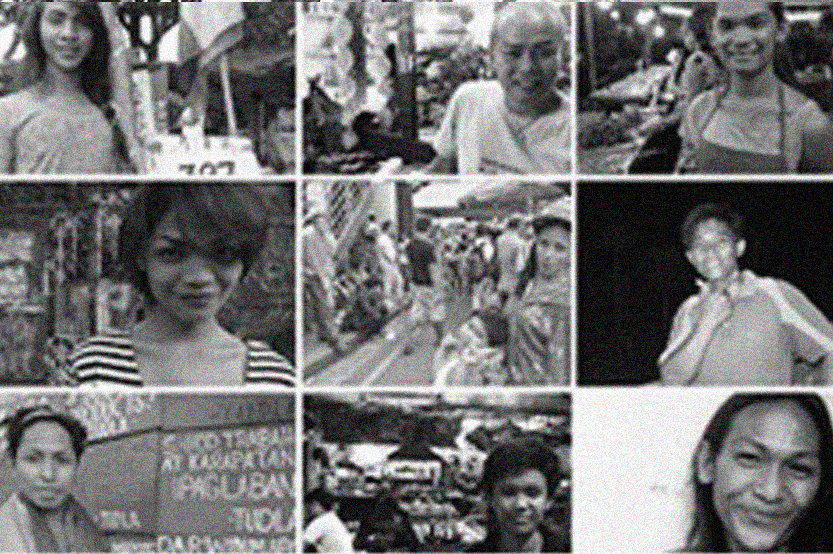 On June 13, 2015, fashion designer Veejay Floresca – who happens to be a transgender woman – alleged that she was almost refused entry by high-end bar Valkyrie in Taguig City.

“Because: 1. that venue was frequented by the so-called ‘high and mighty’ and the social climbing crowd; 2. one of the owners of the venue is a local celebrity in the person of Vice Ganda; and 3. Floresca, herself, was a mini-celebrity, the ‘Valkyrie issue’ made a big splash in the news,” recalled Michael David C. Tan, editor of Outrage Magazine and executive director of Bahaghari Center.

TV personality Boy Abunda – an openly gay man himself – interviewed Floresca in ABS-CBN; and national dailies like Inquirer and The Philippine Star tackled Floresca’s “almost non-entry” into an exclusive bar.

But also around that time – on June 22, 2015 – Michael David interviewed another transgender woman: Claire Balabbo. Claire was one of the 96 contractual employees of Tanduay Distillers Inc. in Cabuyao, Laguna who decided to launch a sudden strike after they were told on May 16, 2015 to stop reporting to work by May 18.

And for Tan, this highlighted a “sad reality”, an “imbalance that should embarrass us all” because of the “seemingly too apparent preference to provide coverage to the issues of the rich and famous; but not of those at the fringes of society.”

Aside from her issues as a contractual worker, Claire also encountered work-related discrimination as a trans woman – e.g. when she just started working for Tanduay Distillers Inc., the HR office allegedly forced her to cut her hair, else risk getting fired from work; and she was physically harassed at work, though the HR office allegedly just dismissed her claim since “all workers were ‘male’ anyway” and that the co-workers may have just been joking around (as boys do).

Particularly looking at the Valkyrie versus Tanduay issues superficially, one is about accessing a space to party; while the other is about being able to work decently to make a living.

This helped drive the development of #KaraniwangLGBT, with Michael David starting to photo-document “LGBTQIA Filipinos at the fringes of the rainbow,” he said.

Michael David said that “in no way is this effort belittling the issues raised in occurrences like the Valkyrie debacle – e.g. access to space. Instead, this is an attempt to ‘give face’ to those who do not usually have the same access to, say, media and representation.”

#KaraniwangLGBT became a section in Outrage Magazine, the partner LGBTQI publication of Bahaghari Center, with the effort to tell the stories of “common LGBTQIA people” bringing Michael David (and the staff of Outrage Magazine) all over the Philippines. And what – initially – started as a photo campaign evolved, with this section now also telling the stories of the subjects via write-ups and mini-documentaries.

“To really engage, we have to allow others to shine,” Michael David said. “Hopefully, in a small way, #KaraniwangLGBT does that.”

n.b.
Following Floresca’s media tour, Valkyrie eventually amended its policy to allow trans women to party in its premises. But the “Valkyrie effect” was minimal – e.g. only Valkyrie made changes; and was Taguig City, where Valkyrie is located, still does not have an anti-discrimination ordinance, so venues there can still opt to implement discriminatory policies similar to what got Valkyrie in hot water.

Balabbo was not able to return to work. She now helps other contractual workers in other factories/plants in Laguna to organize to also fight for their rights.