Bahaghari Center for SOGIE Research, Education and Advocacy, Inc. (BAHAGHARI CENTER) envisions a society that not only embraces, but celebrates diversity, including – if not particularly – those of diverse sexual orientations and gender identities and expressions. 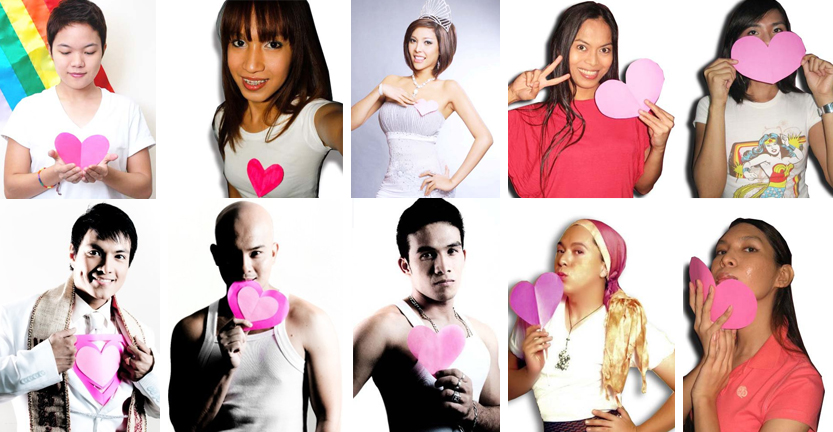 In 2010, Bahaghari Center joined a crowdsourced photo campaign dubbed “I Dare to Care”. As part of the annual Metro Manila Pride, it gave face not only to LGBTQI Filipinos, but also those who support the push for equal rights for all. More importantly, it stressed that notion that – yes – if we all only “dare to care”…
PHOTO CREDITS TO THE OWNERS; AS PART OF THE “I DARE TO CARE” CAMPAIGN

We believe that only when members of the lesbian, gay, bisexual, transgender, queer, questioning and intersex (LGBTQI) community are treated with respect, considered as equals will they reach their full potential as human beings, whether individually or collectively.

Bahaghari Center welcomes everyone who shares this vision, hoping for this to be realized, or at least until organizations like Bahaghari Center is no longer a necessity but a choice.

Bahaghari Center promotes the welfare of LGBTQI people, their families and friends/allies through:

SUPPORT, to help face a society that remains largely antagonistic;

ADVOCACY, to end prejudice and secure civil rights; and

CELEBRATE, to revel in the diversity that is the LGBTQI community.

Bahaghari Center aims to contribute towards eradicating discrimination within and against LGBTQI community, and to provide defined services to the same until they are no longer required.