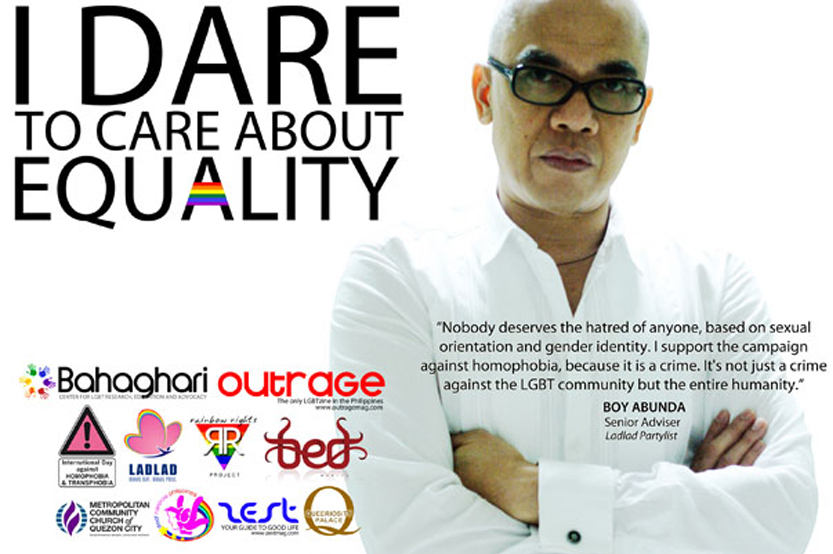 Stressing that nobody deserves to be hated for one’s sexual orientation and gender identity, TV personality Boy Abunda has expressed his support for equality as he takes part in the “I dare to care about equality”, a photographic campaign spearheaded by the Bahaghari Center for SOGIE Research, Education and Advocacy, Inc. (Bahaghari Center) as a call for everyone to take a more proactive stance in fighting discrimination.

“Nobody deserves the hatred of anyone, based on sexual orientation and gender identity. I support the campaign against homophobia because it is a crime. It’s not just a crime against the LGBT community but the entire humanity,” Abunda said.

A TV personality, Abunda is the senior adviser of Ladlad Partylist, the only political group for the LGBT community in the Philippines.

Cheche Lazaro on choosing to be right