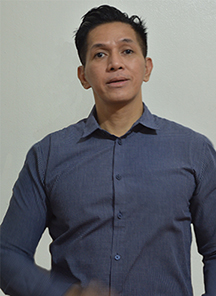 Michael David C. Tan, a graduate of Bachelor of Arts (Communication Studies) of the University of Newcastle in New South Wales, Australia, grew up in Kidapawan City in Mindanao. There, he openly belatedly admitted (considering the shame attached to it) that he had to put up with bullying because of his SOGIE. The experiences helped him establish Outrage Magazine in 2007.
Mick – who can photograph, do artworks with mixed media, write, shoot flicks, community organize, facilitate, lecture and conduct researches (with pioneering studies under his belt) – is the writer/author of Being LGBT in Asia: Philippines Country Report; journalistic stylebook for media coverage on the Philippines’ LGBTQI community; and #PreventionNOTCondemnation, which looked at HIV-related efforts of member churches of the National Council of Churches in the Philippines (NCCP).
Conversant in Filipino Sign Language (FSL), he received the Catholic Mass Media Awards (CMMA) in 2006 for Best Investigative Journalism; IREX fellowship in 2014; and the “Art that Matters for Literature” award from Amnesty International-Philippines in 2020.
With Bahaghari Center, Mick oversees its day-to-day running; assesses community needs; and then develops/implements programs to respond to these needs.
GENDER PRONOUN: he/him/his 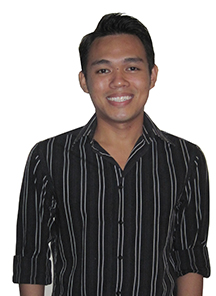 A registered nurse, John Ryan N. Mendoza hailed from Cagayan de Oro City in Mindanao. He first moved to Metro Manila in 2010 (supposedly just to finish a health social science degree), but fell in love not necessarily with the (err, smoggy) place, but it’s hustle and bustle. He now divides his time in Mindanao (where he still serves under-represented Indigenous Peoples, among others), and elsewhere (Metro Manila included, as well as in Uppsala in Sweden, where he has another base) to help push for equal rights for LGBTQI Filipinos and other marginalized sectors.
Helping manage the running of Outrage Magazine, Rye also conducts researches (e.g. Golden Agora, which looked at the experiences of senior gay men and transwomen in the Philippines; and #PreventionNOTCondemnation).
Rye conducts trainings/workshops on LGBTQI issues and on HIV, is a prolific writer, and is a “lifelong student of life” (that is, he’s always open to learning new stuff – e.g. filmmaking, website development).
With Bahaghari Center, Rye helps in its day-to-day running; develops/runs programs; and raises funds for the same.
GENDER PRONOUN: he/him/his 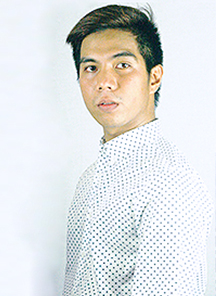 A media man through-and-through, Patrick King Pascual writes (for print) and produces (for a credible show of a local giant network).
On occasion, he goes behind the camera for Pride-worthy efforts (such as Bahaghari Center’s I Dare to Care campaign).
He is concurrently the senior associate editor of Outrage Magazine (and its resident party person).
With Bahaghari Center, Pat oversees campaigns.
GENDER PRONOUN: he/him/his

Aaron Bonete is a batang beki – a “cisgender gay man, if you will”, he says. He established EU Bahaghari in Enverga University in Lucena City, where he was one of the leaders to mainstream discussions of LGBTQI issues particularly among the youth.
He is currently helping out LGBTQI community organizing, believing that it is when we work together that we are strongest.
He also writes for Outrage Magazine to provide the youth perspective. He similarly overseas all graphics needs of the publication.
With Bahaghari Center, Aaron is not only the admin officer, but he oversees the youth program/s, as well as helps in marketing.
GENDER PRONOUN: he/him/his 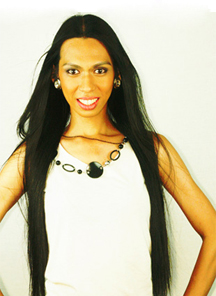 Deaf transpinay Disney Aguila started getting involved in the LGBT community in the Philippines by becoming a member of the Deaf Pink Club (which eventually became Deaf Rainbow Philippines, and then Pinoy Deaf Rainbow) to widen her social circle both at the school she went to, and the Deaf community she moved into. This involvement eventually broadened as she helped give the Deaf transpinays representation via the formation of the TransDeaf Philippines.
She now pushes for a pro-active approach to effecting changes doe Deaf LGBTQI people.
Disney has been giving SOGIE 101 and HIV 101 lectures to Deaf LGBTQI and ally communities; and Filipino Sign Language (FSL) lessons that eye to “make our Deaf culture – with the help of promoting our language – better understood.” She is also certified for community-based HIV screening; and has been a go-to person for Deaf people who want to get tested, or are in need of help re HIV.
“The LGBT community inspires me because of its constant push for equal rights for all,” Disney says. “It is our community that highlights the need to value a person for who he/she truly is.”
With Bahaghari Center, Disney oversees all programs for the differently-abled.
GENDER PRONOUN: she/her/hers 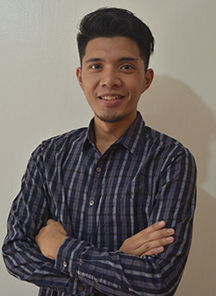 The involvement of Cube Mangampo with the LGBTQI community is linked with his exposure as an ally to the work of the other members of the Board of Directors. He noted how being LGBTQI continues to be challenging; though he also believes that to push for LGBTQI human rights, ally communities need to be engaged.
With Bahaghari Center, Cube helps to develop/run programs for ally communities (e.g. SOGIE training for non-LGBTQI people), as well as partnership forming.
GENDER PRONOUN: he/him/his 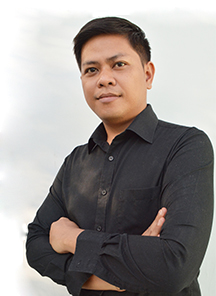 Albert Tan Magallanes, Jr. is – admittedly – relatively new to the LGBTQI scene/community; or at least “openly”, to qualify this. He was first exposed to “clans” (i.e. informal organizations of men who have sex with men or MSM) in Las Piñas, where he helped helm the Las Piñas chapter of the Taguig Peppers Society. It was with this organization that he said he noted the disparity of the services offered to those who have access to mainstream services in metropolitan areas, and those like them who are still at the fringes even of the LGBTQI community. It is this, too, that he wants to help remedy by developing/implementing programs that could hep mainstream people like them.
With Bahaghari Center, A.M. helps develop/run programs for hard-to-reach populations, e.g. “clan” members, particularly those outside of mainstream populations.
GENDER PRONOUN: he/him/his 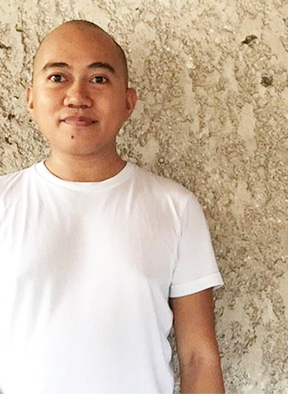 A graduate of B.S. in Architecture from Cagayan de Oro City, Stephen Christian Quilacio joined the HIV – and eventually, LGBTQIA – advocacy in 2012, when he co-founded a support group for people living with HIV (PLHIV) in Northern Mindanao. It was – Seven stressed – a much-needed effort, considering that particularly outside of metropolitan areas, those who are also affected by HIV are often ignored/neglected.
By 2015, Seven helped establish LIMA, a community theater company, that predominantly showcases Lima, consisting of monologues from and about PLHIVs, their loved ones, and those affected by HIV. Concept development was done with Outrage Magazine, with initial support from the National Council of Churches in the Philippines (NCCP).
Seven lived in Metro Manila for a while… but then moved back to CDO where, he said, a lot of work still needs to be done, particularly in making holistic treatment accessible to Mindanawon PLHIVs. Also a yoga teacher, Seven is Bahaghari Center’s Northern Mindanao coordinator.
GENDER PRONOUN: he/him/his