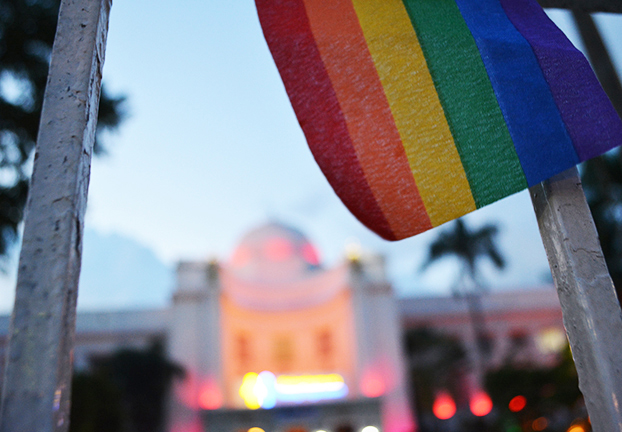 CEBU CITY – “The so-called LGBT community is exclusionary,” said Jeff Cagandahan, the first Filipino who was legally allowed to change his name/gender identifiers in all legal documents in 2008. This is because, “even while it attempts to be inclusive, it fails to also highlight the issues of the minorities within this already minority community.” 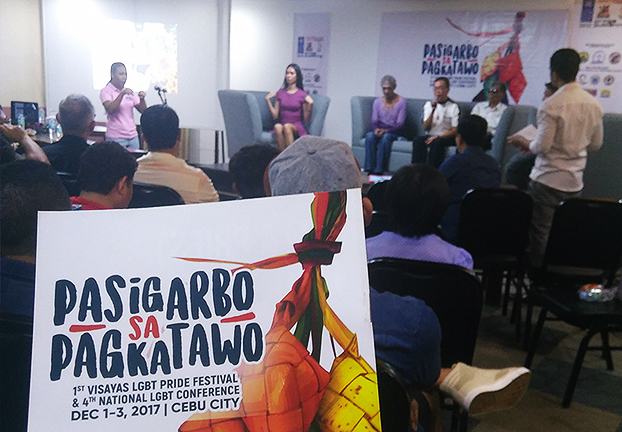 In the case of the intersex community, in particular, “although this community counts us as among its members, we do not even figure out in the ‘rainbow alphabet’, so that our inclusion is somewhat tokenistic, and our presence actually erased,” Cagandahan said.

Cagandahan was one of a handful of LGBTQI leaders from all over the Philippines who highlighted the need to focus on the “minority issues within the LGBTQI community” at Pasigarbo sa Pagkatawo (Behold Our Identity)!: 4th LGBT National Conference.

The fist two national gatherings failed to produce outputs that the local LGBTQI movement was able to use in the long run. It was the 3rd LGBT National Conference – held under the auspices of UNDP and USAID – that produced a report that eyed to guide the local LGBT community as it moves forward. Called “Being LGBT in Asia: Philippines Country Report”, the report that was released in 2014 reviewed the legal and social environment faced by LGBTQI people in the Philippines. This report was actually part of a broader initiative entitled “Being LGBT in Asia: A Participatory Review and Analysis of the Legal and Social Environment for Lesbian, Gay, Bisexual and Transgender (LGBT) Persons and Civil Society”, which was launched in 2012 as an Asia-wide learning effort undertaken with Asian grassroots LGBT organizations and community leaders alongside UNDP and USAID.

The need to conduct another national gathering was deemed necessary because a lot has happened four years since the last LGBTQI gathering. Helmed by Outrage Magazine with Bahaghari Center for SOGIE Research, Education and Advocacy, Inc. (Bahaghari Center) and Bisdak Pride Inc., this time around, coming on board to support the 4th LGBT National Conference were: UNDP, Rep. Geraldine B. Roman, National Council of Churches of the Philippines, Sen. Chiz Escudero, Asean SOGIE Caucus, Unitarian Universalist Church of the Philippines, City of Bogo, City of Cebu, City of Lau-Lapu, Province of Cebu, and Philip A Castro and Christopher Hancock.

This was the first time that the national conference for LGBTQI Filipinos happened outside of Metro Manila and Luzon, providing opportunity to highlight the issues that affect those outside the so-called “imperial Manila”, including those in the Visayas and in Mindanao.

NO ONE LEFT BEHIND?

According to Michael David dela Cruz Tan, editor of Outrage Magazine, which helped facilitate the national gathering, numerous pro-LGBTQI related developments have been happening in the Philippines.

For instance, in 2017, the Anti-Discrimination Bill (ADB) passed the third and final reading in the House of Representatives, the first time this happened in 11 years. The first transgender person was also elected in the House of Representatives in the 2016 national elections (in the person of Rep. Geraldine B. Roman). More local government units now also have anti-discrimination ordinances. Also, a bill recognizing same-sex relationships is now pending in the Lower House.

However, “not everyone in the LGBTQI community can claim to benefit from these successes,” Tan said.

This may be best shown by the Philippines’ HIV and AIDS situation, which continues to be problematic. In May 2017, for example, there were 1,098 new HIV positive individuals reported, the highest number of HIV infections in the country for a month since 1984. Most notably, 95% of those who tested HIV positive were male, with the main mode of transmission through sexual contact among men who have sex with men (MSM), many of them gay and bi men (86%).

Speaking as a Deaf transwoman, Disney Aguila – founder of TransDeaf Philippines – said that Deaf LGBTQI people in the Philippines have difficulties in accessing HIV-related services. There are currently no available HIV counselors fluent in Filipino Sign Language (FSL). And because the law (RA 8504) mandates that all people who get tested should receive counseling, many Deaf MSM are unable to get tested. For those who are able to get tested, communication barriers persist in accessing treatment, care and support.

“Even if there are supposed to be numerous programs to deal with HIV as it affects the LGBTQI community in the Philippines, not everyone under that umbrella is covered,” Aguila said.

For Ramon Busa, chairperson of Home for the Golden Gays (HGG), there is also the “continuing ignoring of seniors within the LGBTQI community.” Senior LGBTQI people’s issues include: housing, livelihood/source of income, and access to medical care/services and/or funerary services.

According to Naomi Fontanos of GANDA Filipinas, the issues affecting the LGBTQI community are intersectional, “and so when we try to find solutions to these issues, we should consider these intersectionalities.”

Specific to the trans community in the Philippines, issues also include: absence of law that will allow trans people in the Philippines to legally change the names assigned to them, as well as their gender markers in all legal documents (i.e. gender recognition law); and problems with accessing medical services.

There are still other LGBTQI-related issues that are also not getting traction particularly in the Philippines.

Dats Ventura, a lesbian who is part of a Lumad (indigenous people) community in Northern Mindanao, lamented the negligence of their issues that – aside from their gender identity – also include militarization of their ancestral domains, leaving them even more vulnerable to State-sanctioned abuses.

Meanwhile, queer artist Kareen Kristeen V. Bughaw said that there are also “emerging issues that the LGBTQI community should already include in discussions, such as alternative forms of relationships – e.g. polyamory – that is already there and yet remain ignored.”

Moving forward, “the recommendation is not only to make LGBTQI-related efforts inclusive, but to also go beyond didactics,” Outrage Magazine’s Tan said.

Among others, specific recommendations from the 4th LGBT National Conference include: the establishment of an LGBTQI center that will serve as depository of knowledge; creation of listing/directory of LGBTQI organizations that will be made accessible to everyone; regularization of the national conference; and creation/strengthening of support systems within the LGBTQI community so its members can help each other on practical matters (e.g. learn from each other on community organizing, development of anti-discrimination ordinances, registration of community-based organizations into legal entities, and documentation of abuses in local contexts).

For intersex Filipino Cagandahan, “until we make the LGBTQI community inclusive by broadening it, then it will continue to fail the people it claims to represent.”