Photo by Tim Marshall from Unsplash.com

In an effort to empower members of the Deaf Filipino community to directly deal with HIV that also affects their community, Bahaghari Center partnered with Outrage Magazine to helm the training of Deaf Filipinos re community-based HIV screening (CBS).

The CBS training was conducted with The Red Ribbon Project Inc.

As it is, the existing law of the land – which requires pre- and post-test counseling before the conduct of HIV testing – is making it difficult for Deaf Filipinos to get themselves tested for HIV. There remain an extremely limited – if any – number of trained HIV counselors who are also familiar with Filipino Sign Language (FSL). This could perhaps explain the low intake of HIV testing among members of the Deaf community.

According to Disney Aguila of Pinoy Deaf Rainbow and TransDeaf Philippines, the challenges with accessing medical support also go beyond testing, since most medical practitioners are (similarly) not familiar with FSL. For instance, doctors could have a hard time explaining to a Deaf PLHIV about the medicines he/she should take that could save his/her life.

“This is why, definitely, we are further marginalized,” Aguila – who is also a Board Member of Bahaghari Center – said.

While the participants – composed of Deaf Filipinos and interpreters – joined in individual capacities, they belonged to various Deaf organizations, including Pinoy Deaf Rainbow and TransDeaf Philippines. The longer term plan is to roll out this effort to train – and thus empower – Deaf Filipinos to conduct HIV screening and/testing, and eventually render services to fellow Deaf Filipinos when dealing with HIV. 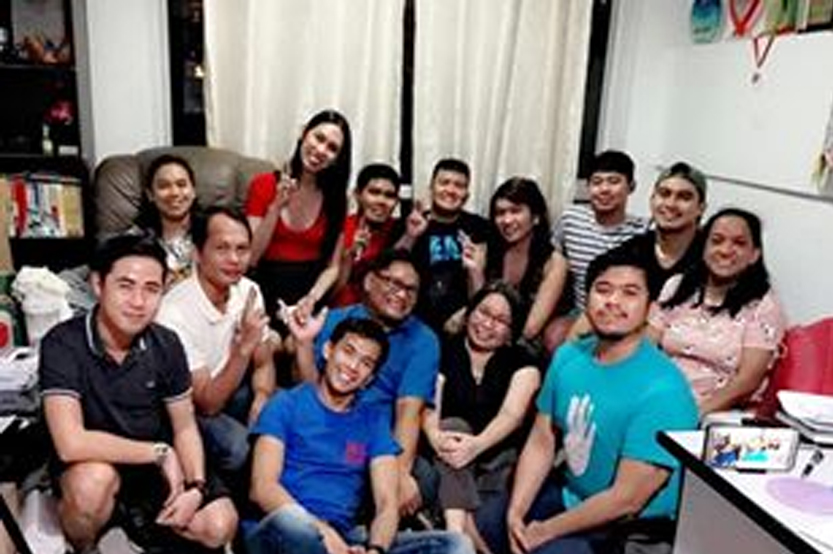 Participants of the CBS training helmed by Bahaghari Center with Outrage Magazine; and done with The Red Ribbon Project Inc. PHOTO COURTESY OF Ms DISNEY AGUILA