Bahaghari Center for SOGIE Research, Education and Advocacy Inc. (Bahaghari Center) discussed for FOX Networks Group Philippines LGBTQI inclusion in the workplace, while also touching on ivtersectionalities of “inclusion” issues – e.g. when talking of LGBTQI “minoritization”, HIV is an issue that ought not to be ignored.

The company’s Inclusion Week is a five-day campaign in which all employees under FOX are given access to forums and talks regarding the topic of diversity and inclusion. The goal, said MarieLuisa Cuyugan, is “really… to enlighten/educate every FOX employee about inclusion/diversity especially in the workplace. And how being inclusive and accepting is progressive and productive for everyone.”

Speaking at the gathering, Michael David C. Tan, executive director of Bahaghari Center – and concurrent editor in chief of Outrage Magazine – said that LGBTQI-related, as well as HIV-related workplace discrimination is “actually common in the Philippines.” 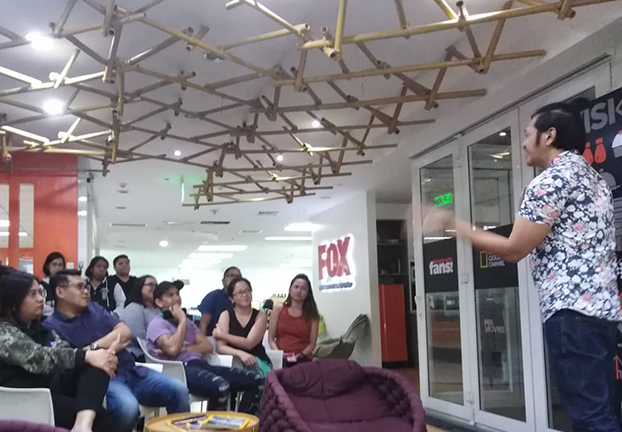 Up to 30% of LGBTI people in the Philippines reported being harassed, bullied or discriminated while at work because of their SOGIE. “This is why companies need to start becoming inclusive,” said Michael David C. Tan of Bahaghari Center.

Michael, himself, recalled a personal workplace-related discriminatory experience because of his being gay. After finishing Bachelor of Arts (Communication Studies) from the University of Newcastle in NSW in Australia, he returned to look for work in the Philippines. In one of the first companies he considered, an ad agency, the female HR officer told him that he is well qualified, but “that they will only hire me if I changed the way I presented myself. She said – and I quote – I was too effeminate for them. I needed to hide my being gay.”

Michael said that – sadly – this is common, with Outrage Magazine getting reports and reporting on LGBTQI-related issues in the workplace.

In 2004, for instance, a gay teacher was fired after the school he worked for found out he married his gay partner.

There are factories that hire lesbians to do a man’s job; but with less pay because they are women.

In 2014, Mara La Torre filed a complaint against her employer. She was refused entry to the female washroom and to the female sleeping quarters of a BPO company.

And in 2017, Jollibee was forced to apologize to Bunny Cadag for discriminating against them.

Specifically pertaining HIV-related discrimination, Stephen Christian Quilacio discussed the case of Renato Nocos, who – in 2014 – was fired by Ricky Reyes as a beautician. When he filed a complaint for illegal dismissal at the National Labor Relations Commission, Renato said he was fired because he is HIV-positive. Before he was fired, he had to take a leave for a few month. When he returned, he said Ricky asked him what was wrong with him. Renato disclosed his HIV status. And he was fired. 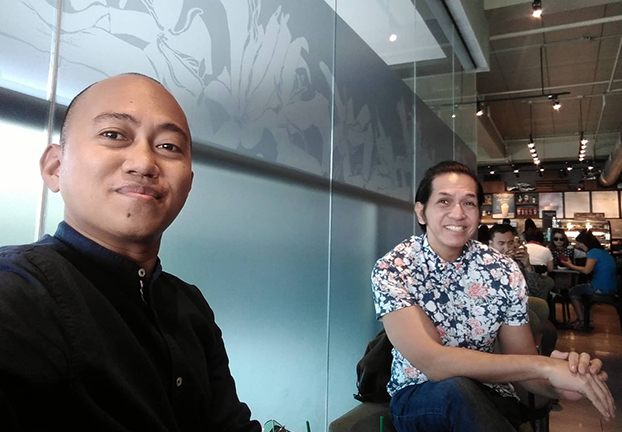 Renato’s case is actually common in the Philippines. Based on reports we receive in Outrage Magazine, there are other similar cases. There’s an OFW who was deported by a Middle Eastern country after they found out he has HIV. Before he was sent home, he was jailed in the middle of the desert. There’s an applicant for overseas employment whose blood was tested for HIV without his consent. There are BPOs that require applicants to take HIV test even if this is banned by law. And there are companies whose insurance does not cover HIV-related illnesses.

Also, in total, up to 30% of LGBTI people in the Philippines reported being harassed, bullied or discriminated while at work because of their SOGIE. “And this is only those who reported,” said Michael.

Surprisingly, a study done in Wisconsin in August found that 61% of successful companies had one or more LGBT persons in a top leadership position.

“This is why companies need to start becoming inclusive… starting with considering practical recommendations,” Michael said.

“I believe we do not have to sue just to stress the point that stigma and discrimination have to stop,” Stephen said.

“Being truly inclusive can be done,” Michael said. “But we need everyone’s help.” 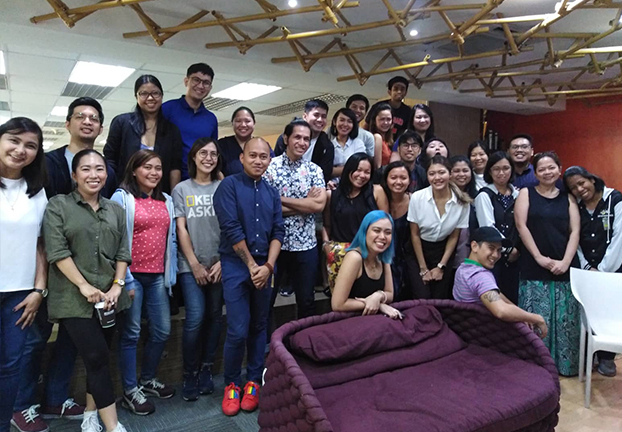